Home > Off the Path > ASCAP vs The Internet Round 3

ASCAP vs The Internet Round 3

Apparently last week ASCAP sent letters out to all of their members, with a call for fundraising to combat opponents such as the Creative Commons. It’s not the first time that ASCAP has tried to bully smaller, yet perfectly viable licensing schemes out of the picture.

As a guitar player of 20 years, and having written numerous songs, I understand the need for a streamlined process whereby music is protected for the author. What’s not really transparent from ASCAP is their reasoning, but let me go out on limb and say it always has to do with the almighty dollar. As noted on the Creative Commons website, musicians such as NIN have purposely selected their own licensing scheme as a means of controlling their own destiny for their music.

I’ve been doing alot of reading on this topic, mostly posts in response to articles written about a musicians rights, and their ability to interpret a license. Let me just say this – I may be an exception, but I certainly don’t think a larger more corporate approach to license interpretation is where the answer is. Certainly we can all benefit from collectively bargaining as a group, but the group has to agree on everything – and with ASCAP that just will not happen, it will always be biased. What is their main interest in shutting down the Creative Commons? I’d be interested in hearing your opinions.

The president of ASCAP continually barks out stuff like this , as if to speak for all musicians, but I can assure you that I don’t agree with this sentiment at all:

I am well aware of those “copyleft” mouthpieces who take a highly critical view of ASCAP’s efforts to protect our members’ rights… What I find most fascinating is that those who purport to support a climate of free culture work so hard to silence opposing points of view. They will not silence me….Paul Williams ASCAP President

I find it rather funny that ASCAP continues to wage war on the very “mouthpieces” that allows it to stay in business – the people that buy the music. You see, Mr. Williams wants a paycheck for being a musician, which I fully understand and support. However, what Mr. Williams is saying is that all music should be this way, and that the Creative Commons is taking away musicians rights, and that’s just not the case. The bottom line is that musicians are choosing for themselves what they want, giving less control and credibility to third party companies in our digital age. Nobody wants Paul Williams silenced, we just want him to be a leader in this digital age, to stop ranting, and start getting some meaningful relationships built vice tearing down walls.

You can read the full article and keep up on the news here. 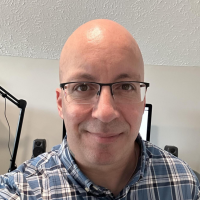 Patrick (Cory) Crampton has been in the Web Development and Design field for 20 years. He enjoys guitar, anything web, and running his own webmaster for hire service. He’s the chief editor of CodeCrunch and owner of several other niche market websites. He's worked for Google Answers, the U.S. Marine Corps, and is lead developer for many high profile websites.

This site uses Akismet to reduce spam. Learn how your comment data is processed.

ASCAP vs The Internet Round 3